Check out Tatiana’s discography, reviews and info on her own label and signature mallets. Also you can download hi-res pics or Tatiana’s biography in English, Dutch or Bulgarian. Just click to open and close.

Recognized as virtuoso, versatile and innovative artist in marimba and percussion Tatiana Koleva has premiered over 100 works created especially for her solo and ensemble projects. Born in Bulgaria, currently Koleva lives in The Netherlands and combines her intensive concert agenda with education activities, holding a teaching position at the Prince Claus Conservatory / Hanze University, Groningen, NL. She is the founder and artistic director of the award-winning formation ‘Youth Percussion Pool’ - an education and performing platform for young professionals and the new biannual festival event ‘Amsterdam Marimba Weekend’.

Tatiana Koleva has performed in major concert halls throughout Europe, USA, Canada, Japan, Brazil, Jordan and Mexico and has appeared as a soloist of number of orchestras. She is regularly invited to join projects of leading ensembles and theatre groups and forms duos with the organist Jan Hage, flutist Eleonore Pameijer and the jazz saxophonist Rutger van Otterloo. In addition to her activities as a classical musician she is often involved in cross-genre projects with improvised jazz, rock, film and stage music. One of the very successful such formation is the cult-band Rubatong.

Koleva has recorded for NovaLinia Records (her own label), Decca, New World Records, Attacca, Unsounds, Mode Records, Orgelpark Records, Wergo, BVHAAST, ICSM Records and more. Tatiana Koleva is award winner of various International Competitions. In the beginning of 2010 she received the prestigious Prize ‘Musician of the Year 2009’ by the National Radio and the audience of Bulgaria, and her Youth Percussion Pool was awarded “Ensemble of the Year 2012” in that same contest. Just recently Koleva has been granted a ‘Golden Medal’ Special Award of the ‘Manhattan Music Competition 2019’.

2017 marked the release of a new album “Songs for Marimba” and currently Tatiana and her Youth Percussion Pool are touring successfully with their new show “How to Play the Triangle”, a program with new compositions and a special arrangement of Leonard Bernstein’s West Side Story for percussion ensemble. 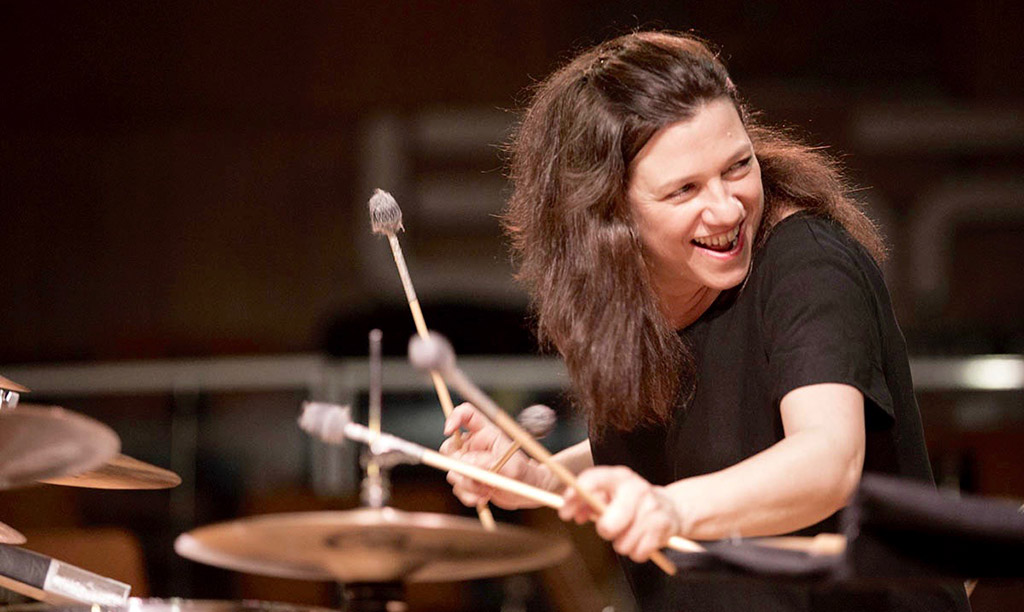 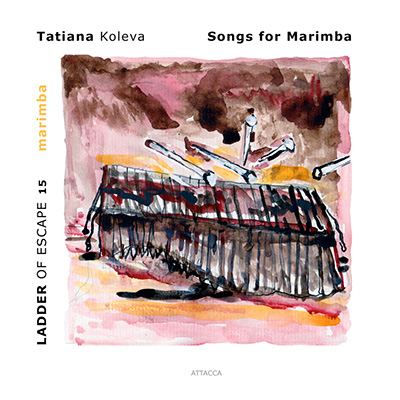 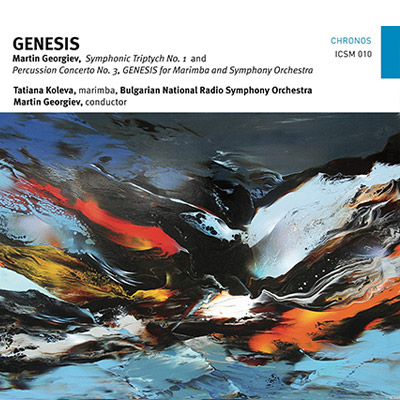 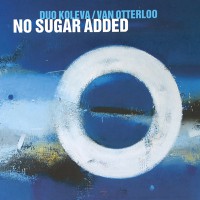 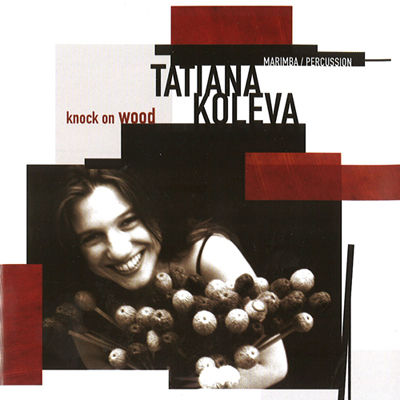 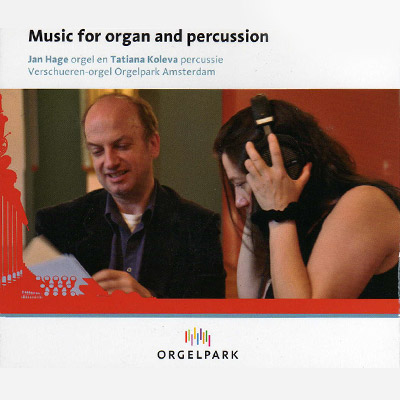 Music for Organ and Percussion 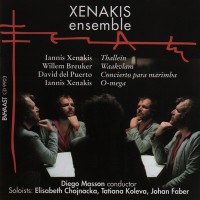 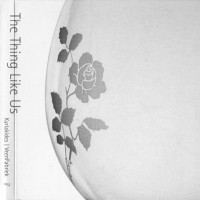 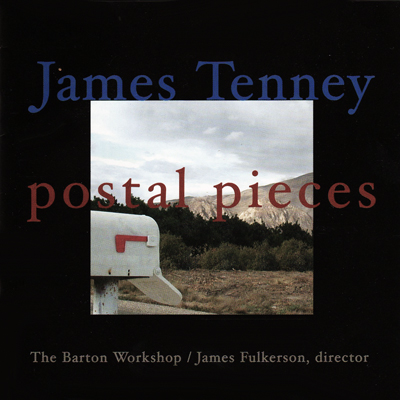 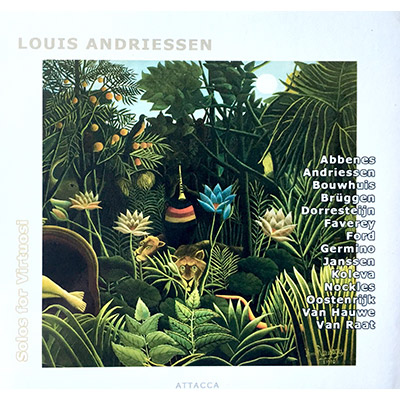 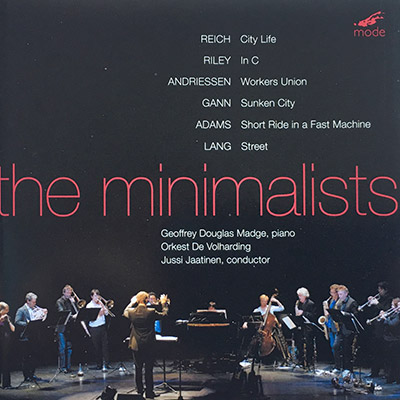 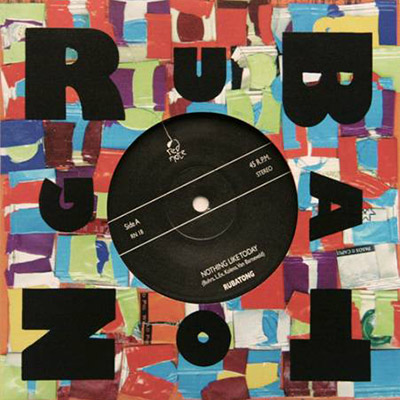 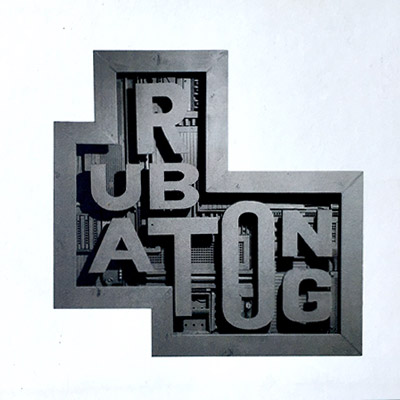 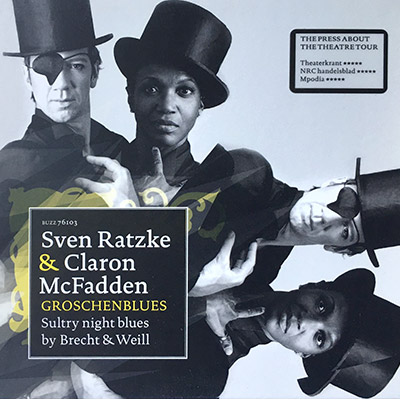 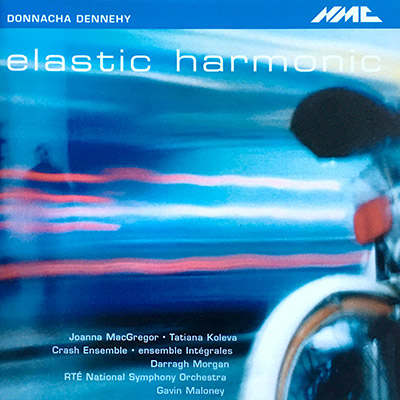 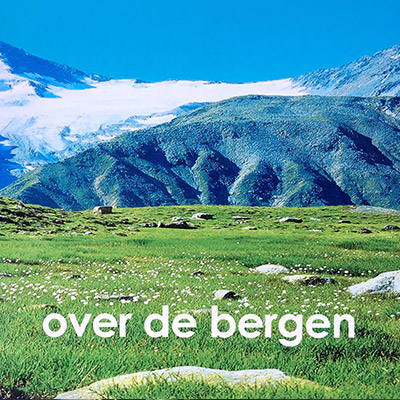 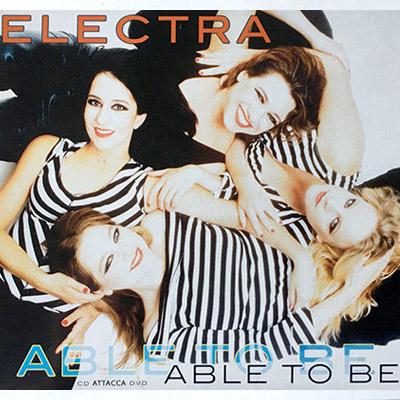 Electra - Able to Be 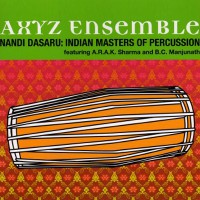 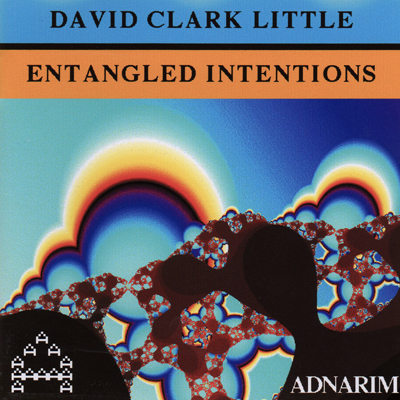 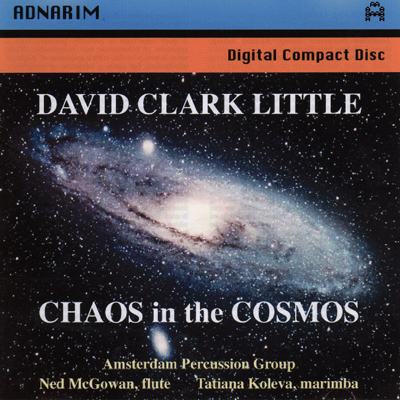 David Little - CHAOS in the COSMOS

“... Tatiana Koleva opens the doors widely for her instrument, her colleagues and her students. A splendid CD, incomparably beautifully played and wonderfully recorded...”

“ … Koleva’s octopus-like movement around the kit was a spectacle in itself ..” “ ...hypnotic performance…"

“ ….The Percussion Evening led by Tatiana Koleva & Joeke Hoekstra, together with the Youth Percussion Pool was a real explosion - gazer of ideas, attractions teasing the fantasy and awakening the interest for the endless world of the percussion. … Vital, honest, open, heartfelt art!`"

“ Percussionist Tatiana Koleva stole the show with the piece of Iannis Xenakis - Rebonds, while she was in the company of the dancers Maurice Causey, Madeline Harms en Sedrig Verwoert. …"

“ … You hear the percussionists breathing, and how they become one with their extended set ups. It is this physically felt momentum in the live performance of the music by Tan Dun and Iannis Xenakis that brought the dance-concert "Snow in June” to an intense experience…"

Review by Allan Kozinn about ELECTRA's concert in The Lincoln Center, New York in "The Great Performers Series”

"... The work was performed as a virtuosic percussion solo with a theatrical twist: the stage set and the blue overalls worn by the ensemble's superb percussionist, Tatiana Koleva... ...brilliantly played performance...an explosive energy...."

" ....Tatiana Koleva's performance of Workers Union is impressive. Dressed in overall and cap, surounded by a scaffolding, she is hitting super tight on plywood boxes, bongo's and scrap metal. Together with the soundtrack she creates an arousing heavy-metal effect. Part man, part machine she resembles the labour variation on Paul Verhoeven's Robocop...."

Review by Jos Bloemkolk about a composition by Corrie van Binsbergen, written for the Asko ensemble in connection with a Frank Zappa Project.

" ... Percussionist Tatiana Koleva ruffled on the marimba, which is unmistakable Zappa-esk. The only difference: in Zappa's band Tatiana Koleva was called Ruth Underwood...."

“ … Virtuosic encores and incredible pleasure for the audience was the concert of Sofia Soloists, one of the high-lights of the March Music Days Festival program….” “ ….Great energy and spirit was the world premiere of the Concerto for Vibraphone, Marimba & Orchestra by E. Séjourné who was also a soloist in his own work together with T. Koleva. They were almost dancing on stage while performing the work in which jazz, folklore and improvisation were crossing. Together they also played encore that made the audience even more happy. …."

"The visitors of the final presentation concert of the percussion master classes by E. Séjourné and T. Koleva had the chance to hear how does Scarlatti sound on marimba, pieces by Séjourné, great applause was given to Koleva's Youth Percussion Pool that she leads from Holland, inspiring artistism of young performers and kids. All together there were over 30 participants in this' year Academy that had the lucky chance to follow a course with professionals such as Séjourné and Koleva."

“ … the punchy, vintage early-period Workers Union turned up twice: the first in a new version for solo percussion (brilliantly delivered by Tatiana Koleva)."

" ... After listening to her CD it is not surprising Koleva harvested several prizes all over the world. I don't believe the French passionate music lovers had the opportunity to hear her live. This situation has to change rapidly. TK managed to put together a programme that luckily doesn't follow the beaten track.
Her astonishing technique produces a series of compositions worth while listening to. I listened to it repeatedly with immense pleasure also due to the excellent recording and sound. Ladies & Gentleman promoters, visit Tatiana Koleva's web site and invite this exceptional musician for concerts and master classes, you won't regret it. And you too, dear reader, order her album which is very near my heart..."

Nancy Zeltsman about the CD "Knock on Wood”

"It's a truly wonderful collection of very complimentary pieces - and is beautifully performed. Thanks for your unique, original concept. It makes a great contribution to the still-too-small group marimba recordings of real quality.
Congratulations!"

Robert Vermeulen about the solo CD "Knock on Wood”

"... I find it a very fascinating entirety. It's something for the connoisseurs, but still accessible and really exciting. I experienced a live performance of Louis Andriessen piece Woodpecker, a very thrilling act, the excitement hidden in the rests, never knowing when the next sound will be...
... The album is very well balanced. I could listen to it in one go, something that can't be said about most of the percussion albums. She is a truly remarkable percussionist..." 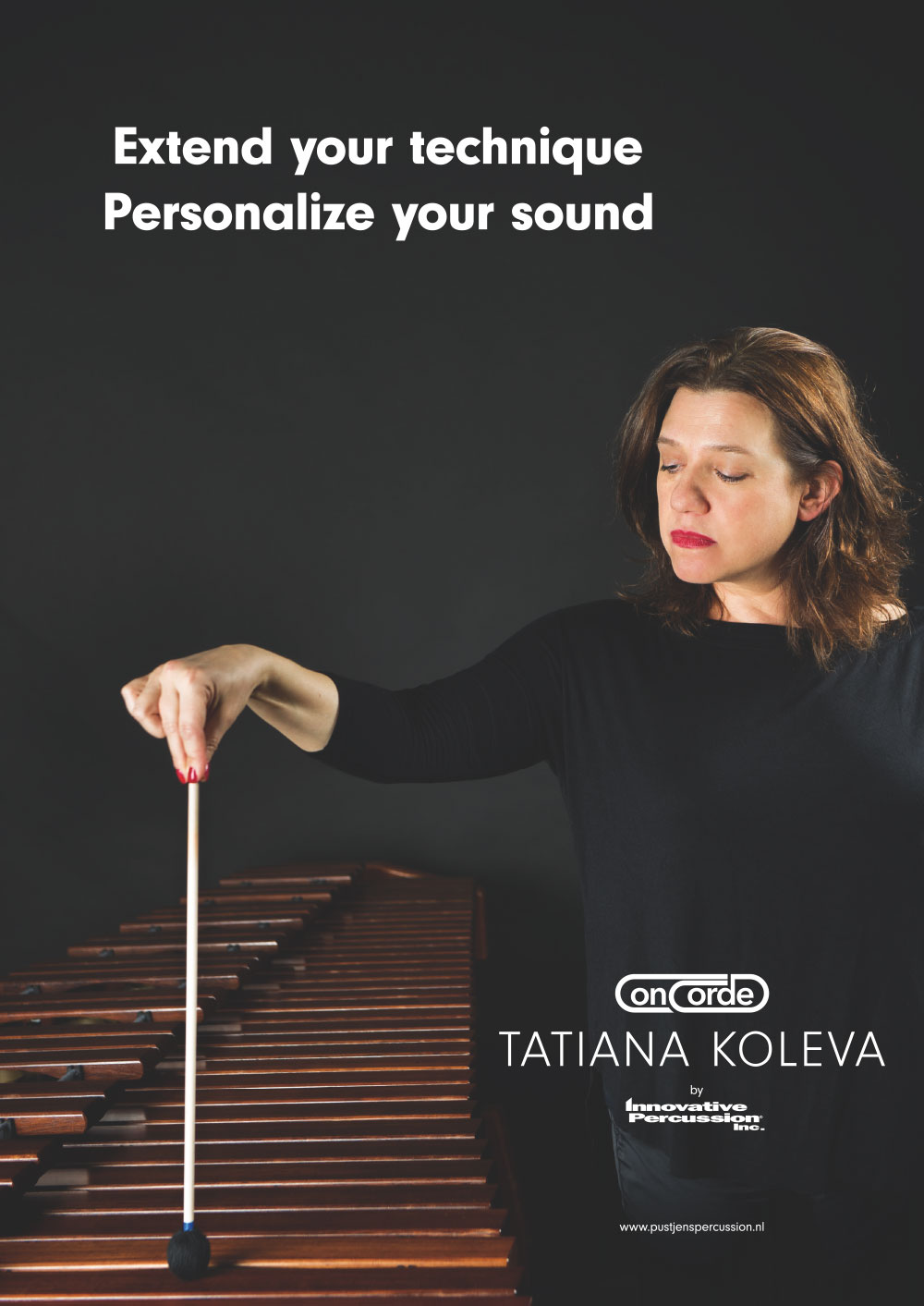 ...a mallet designed to advance your technique and personalize your sound

All 5 models are with rubber core and thin cover layer ring made in combination of loose and very tight wrapping. Although its shape is round, there is still a point at the top of the mallet head with more wool, in this way giving the possibilities for extensive color nuances in addition to the fundamental ground tone. Each model has various sound possibilities within its own spectrum.

the series is designed to meet the requirements of the modern adventurous marimba performer, to advance your technique and personalize your sound. All 5 models are with rubber core and thin cover layer ring made in combination of loose and very tight wrapping.

Tatiana Koleva is represented by